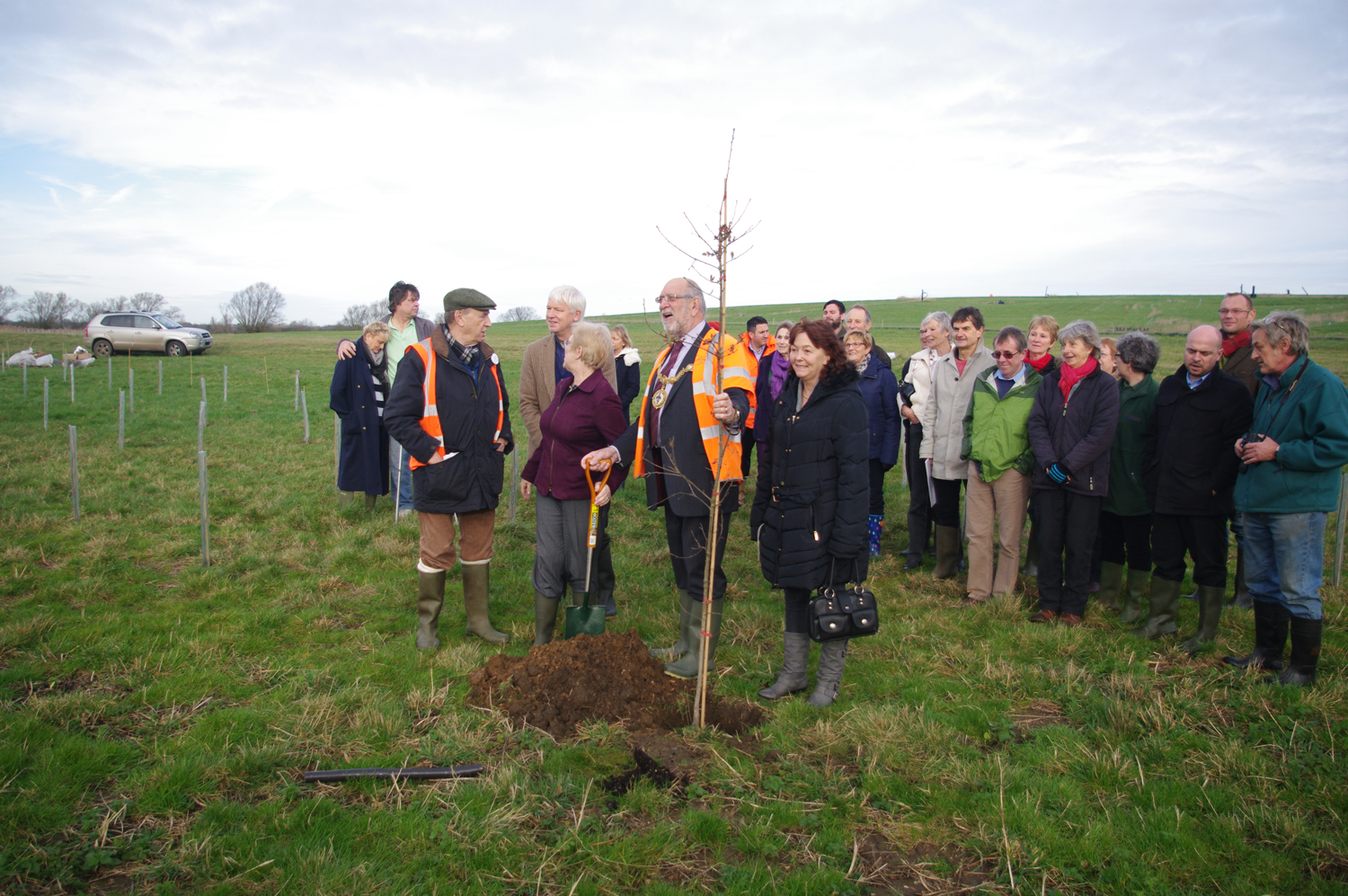 Once upon a time – five thousand years ago! – Godmanchester was the site of one of the largest Neolithic Temples in Western Europe, with a thriving Neolithic community who built an impressive monument of banks, ditches and wooden poles covering some seven hectares: a temple, located close to what is now Cow Lane. The construction seems to have been designed primarily to predict the major events of the year-long solar and 19-year lunar cycle, and probably functioned as some sort of temple involved with the worship of the Sun and the Moon. It lay undisturbed until traces of the temple – described as being Europe’s most sophisticated astronomical computer by the New Scientist – were found more than 20 years ago when archaeologists began a dig on a nearby Roman villa. When discovered, the site was said by archaeologists to be unique.

Sadly, planning permission was granted in the early 1990s to locate a landfill site on top of it. This has now been closed, providing one of the highest points in the area! However a scaled down version of the temple will be recreated on the top of the hill. The owners are continuing to cover the area with soil, and the gas produced by the decaying contents is being used to provide electricity.

Godmanchester in Bloom is behind the plan to create a Neolithic Country Park, and the first of thousands of trees are now being planted, with a long-term aim to create an amenity for future Godmanchester residents with enhanced landscape, wet areas, increased bird-life and biodiversity. But it will be many years before this comes to fruition, but there are a number of lakes in the area, with plans to locate Sand Martin boxes and a bird hide close to one of them. There are also plans for new wooded areas. The park will eventually link to the existing Godmanchester Nature Reserve.

The earthworks for the new GMCIB Bird Reserve ,as attached, is now continuing apace as designed by GMCIBloom..This is being carried out by Mick George under the direction of SUEZ the site owners.

The new Sand Martin boxes will be put in place later this year as we then wait  for the new arrivals early next year.The new bird hide will be in place shortly.