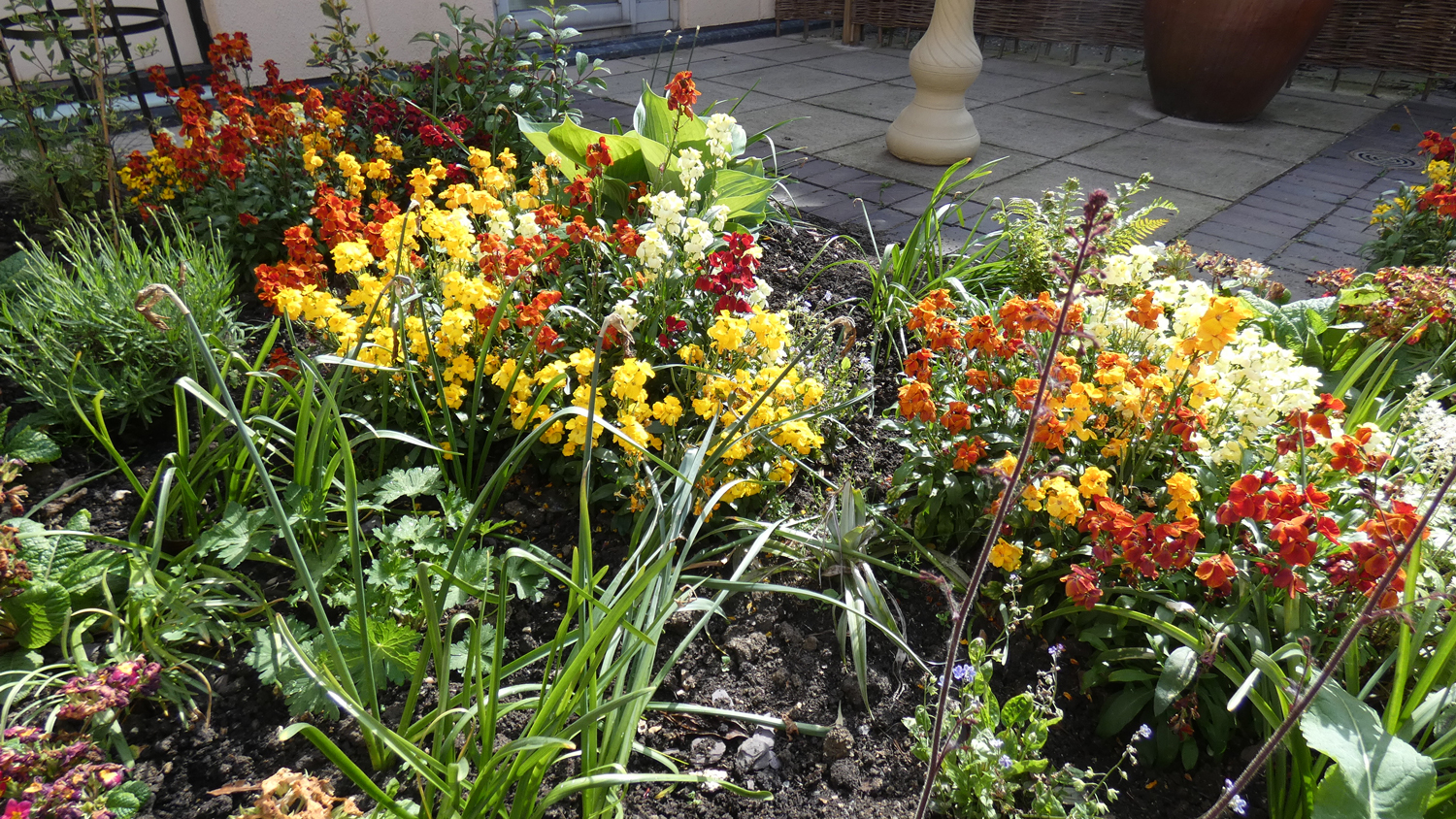 In recent years comments were made about the general state of the gardens at Hinchingbrooke Hospital, particularly that of the Critical Care Centre. Godmanchester in Bloom was invited by the Matron of the Centre to consider investigating how to improve it. On visiting, the In Bloom team found it to be in very poor condition – with a huge cherry tree filling much of the area, and the garden very overgrown. It was clearly going to be both a sizeable and expensive task to make it a place fit for people to sit out in.

Looking for grants to cover the cost of improving it, we found one that we believed would be suitable. In October 2015 the government introduced the plastic bag charge, with the proceeds going to charitable causes. At TESCO this was the Bags of Help Fund, with grants of up to £4,000 available, and decided by the nominated group receiving most Blue Tokens over a two month period.

Filling in the relevant paperwork in February 2017, we sent it off to await a, hopefully, successful outcome. That came in April, and we appeared in three local TESCO stores in May and June. We were truly humbled to find that we had been nominated in first place and were to receive a cheque for £4,000. We then contacted a local garden design organisation to clear the site and provide us with a plan for the Garden. The first task was to remove the cherry tree, which took three days, and to improve the ground. With that completed, planting was carried out over a period of a week. The Bloomers then moved in with colour and scent the top priorities. With the grant more than covering the clearance and landscaping, we moved on to additions for the area. The Garden was formally opened in November 2017 by the Town Mayor and representatives of Godmanchester in Bloom, together with the Chairman and Staff at Hinchingbrooke Hospital and representatives from TESCO.

We added a large pot with a tree, a stone bird bath and a bird table with a supply of food. The tree has flourished, the bird bath is used and the bird table resupplied regularly by the ward staff, who also water the garden. Over the months we have visited and added to the plants, weeded and kept the area tidy. There is now also a rota for visiting and tidying the garden. But the ward staff have done most, with regular watering and generally looking after it. There is also a bench donated by the widow of a former patient in the ward, together with tables and chairs for the families of patients. There have been many words of support and thanks for the garden from patients and staff alike.

The image shows the colours in the garden in early October. The garden gives a great deal of pleasure to the Patient Families and Hospital Staff.